Velomobil.no presents vehicle profiles, velomobiles together with cars we are dreaming of... 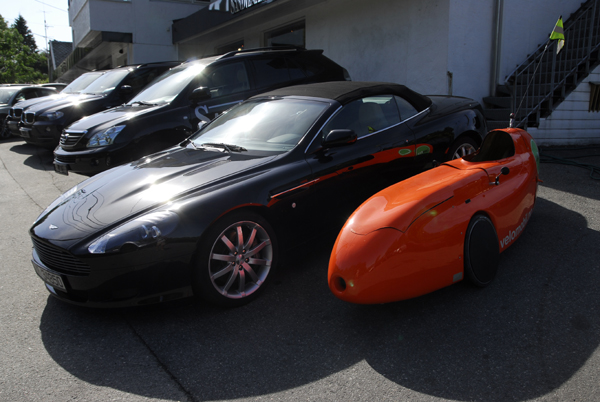 Sleek profile on Aston Martin DB 9 Volante cabriolet, outside Sandven AS,
what about WAW 045 velomobile with cabrio top? 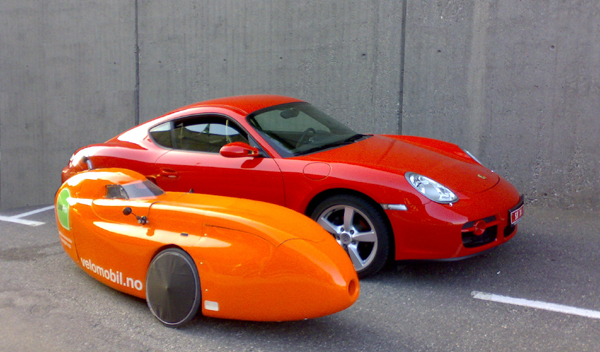 Porsche Cayman and WAW045 velomobile at Lagunen outside Bergen 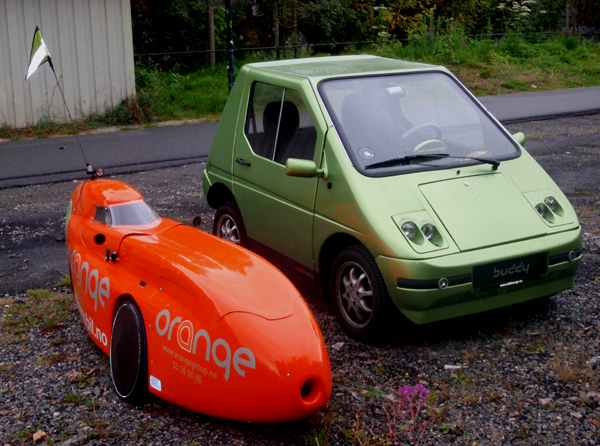 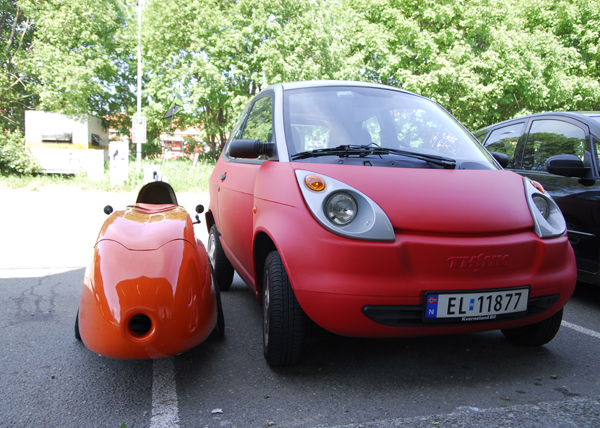 Think, the Norwegian EL-car, is big compared to WAW 045 velomobile 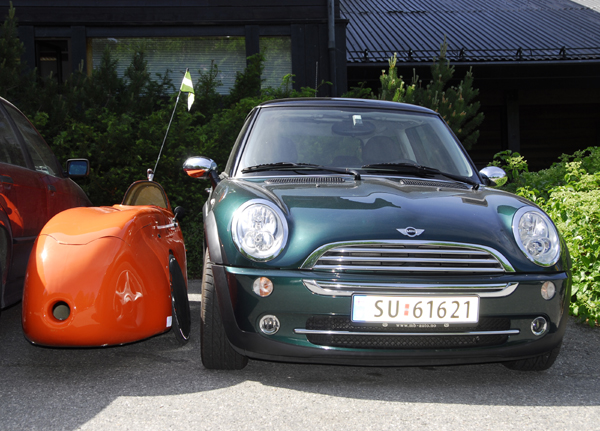 Mini Morris, is it really "mini"? 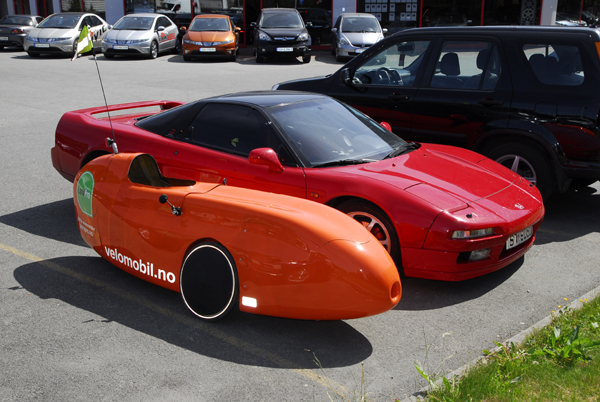 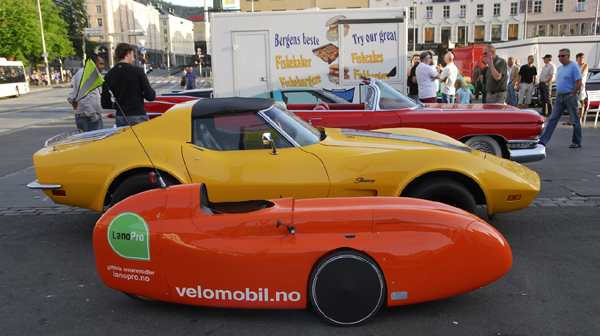 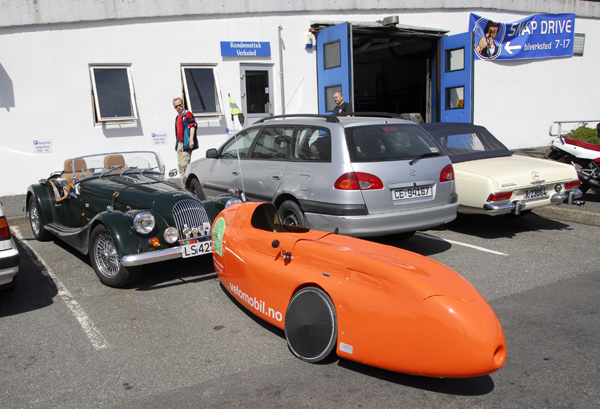 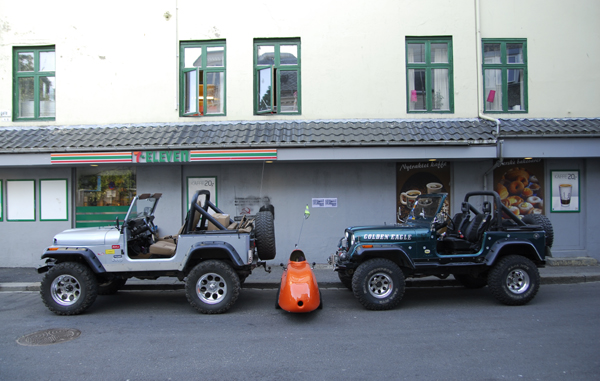 Always a parking spot, here close to a pair of Jeep Willis. 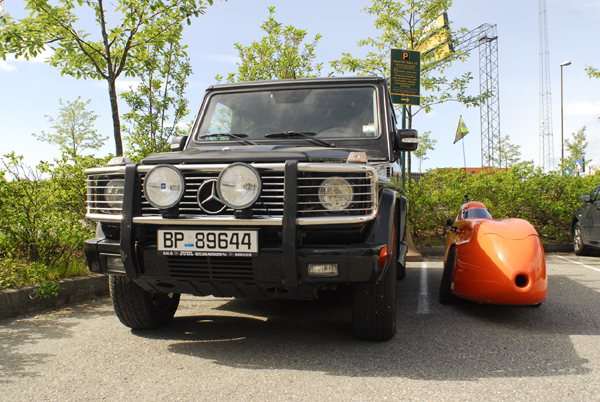 Mercedes Geländewagen was the ultimate goal in the YAP-period in the mid 80´s.
WAW 045 velomobile is pretty small compared to the SUV. 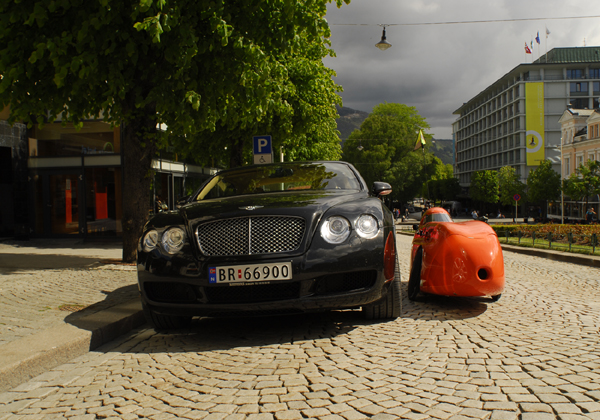 Bentley on a visit in Bergen, the velomobile gets the compliments; "Cool car". 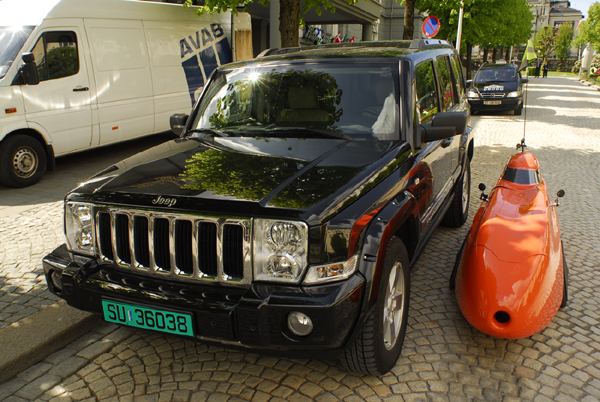 Jeep Commander, a locomotive for brick streets and asphalt, do we need this vehicles? 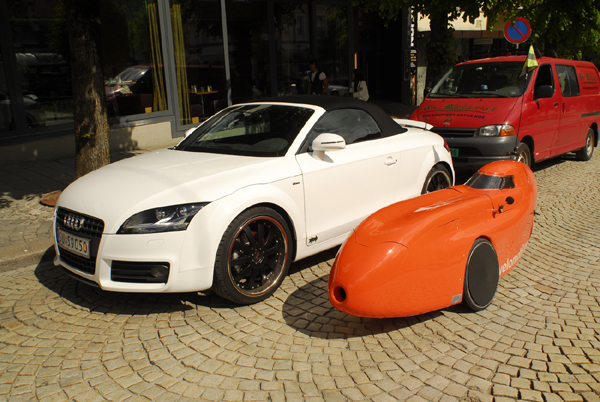 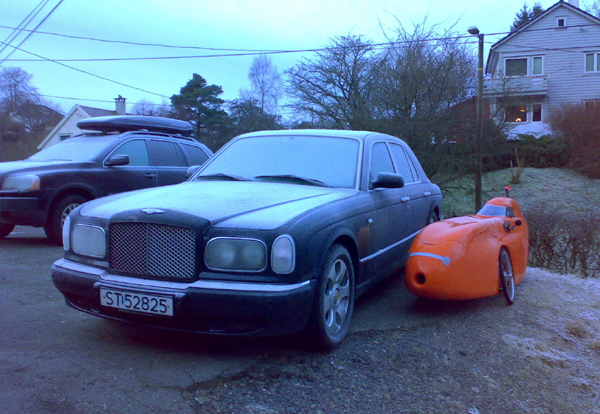 Bentley and velomobile, -one man - one car... 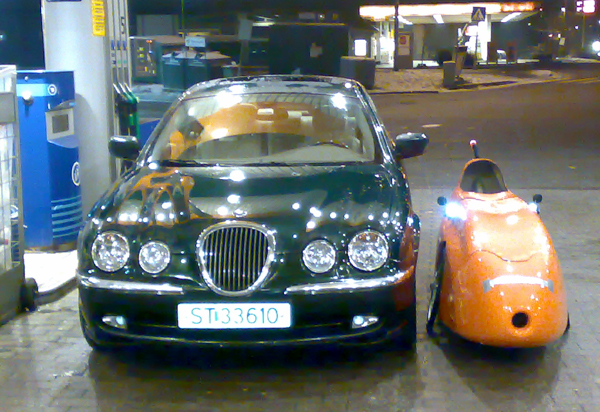 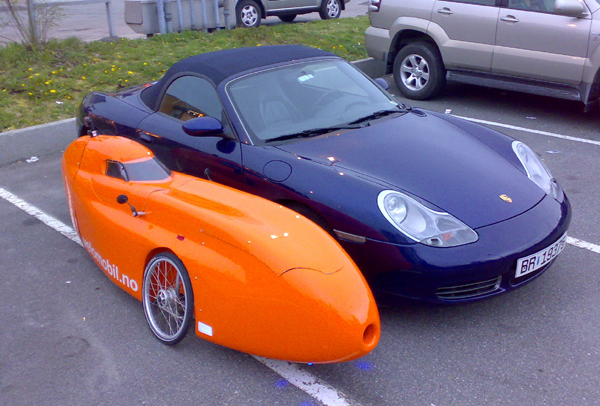 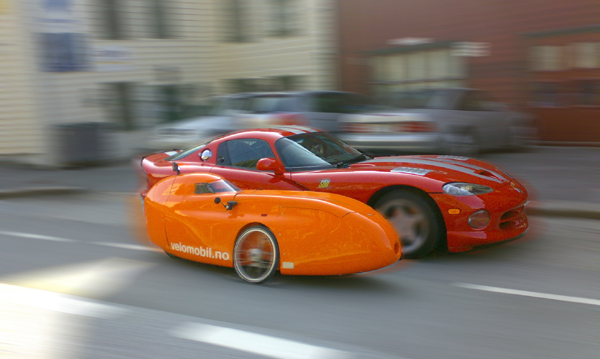 Who is fastest in town? Velomobile WAW 045 vs Dodge Viper 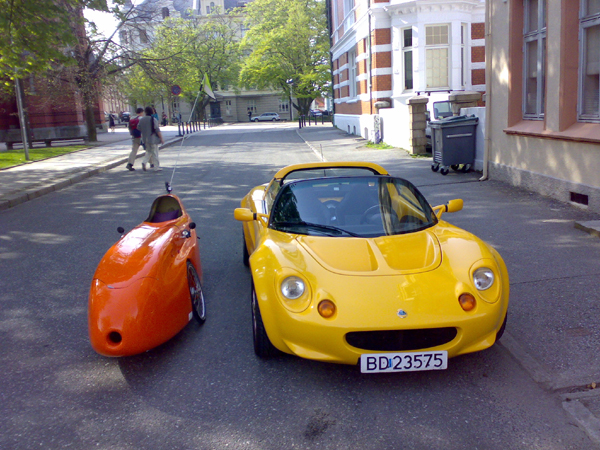 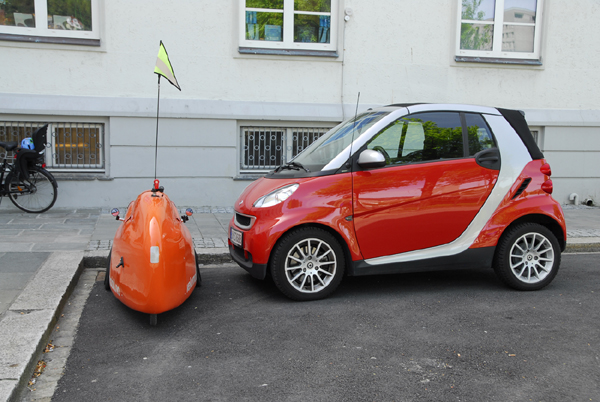 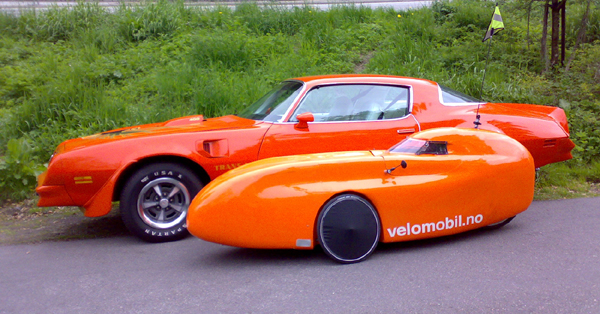 TransAM together with WAW 045 velomobile